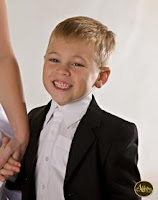 I first read about this story last night at Pipecleaner Dreams.

In all honesty, I was shocked. I knew better than to try to blog about it right then. It was late and I really needed to get some sleep. But as I sit here this morning, I can honestly say that I am still stunned. Just as stunned when I first read it last night.

The kindergarten teacher of a 5 year old student held a vote to see whether or not the other students wanted him in the class. The boy lost. By a margin of 14 -2. The vote was conducted (in front the little boy) only after each classmate was allowed to say what they didn't like about the 5-year-old.

Now, I'm sorry but I wouldn't find this acceptable behaviour by any teacher. About any young student. But here's the clincher - 5 year old Alex Barton was in the process of being diagnosed with Asperger's Syndrome.

For those who don't know, Asperger's is an autism spectrum disorder. Although not what most people typically think of when they here the word "autistic" (these kids have no general delay in language or cognitive development, meaning they tend to be very verbal and can appear typical in many respects), there are huge social, communication and behavioural issues involved for kids like Alex.

In Asperger's Disorder, affected individuals are characterized by social isolation and eccentric behavior in childhood. There are impairments in two-sided social interaction and non-verbal communication. Though grammatical, their speech may sound peculiar due to abnormalities of inflection and a repetitive pattern. Clumsiness may be prominent both in their articulation and gross motor behavior. They usually have a circumscribed area of interest which usually leaves no space for more age appropriate, common interests. Some examples are cars, trains, French Literature, door knobs, hinges, cappucino, meteorology, astronomy or history.

A child like Alex would tend to stand out like a "sore thumb" in any group of children. Appearing awkward, they don't "act right", they're "strange" and often engage in one-sided, long-winded speech about a favorite topic while being oblivious to the listener's feelings or reactions, such as signs of boredom. Picture that in a school situation.

Given the obvious lack of support the teacher showed for Alex and the lack of compassion and empathy she evidenced, are you surprised that they voted him out of the classroom?

First of all, to me, this is the very antithesis of what a teacher should be. There's a Chicken Soup for the Soul story that circulates around the internet occasionally about a teacher who had every student in the class write on a slip of paper one thing they liked about every other student. She then collected them, organized them and read out to the whole class the nice things that was said about each student. I can't remember now exactly how, but in some form she then gave each student the comments the others had written about them.

To me, that's an example of teaching at it's best. We can all find some quality about other people we don't appreciate and let's face it, when it comes to some people, we can easily list off numerous things we don't like. But for the vast majority of those we interact with, if we try hard enough, we can usually find at least one positive thing about them. Not only were the students in that class taught to look for the good in others but I would think that would have been a huge positive moment for each child to hear the good things his classmates saw him.

Maybe Alex's teacher read that story too. Perhaps she thought she could creatively bend it to "teach Alex a lesson". Perhaps she has no idea what it really means to be a teacher. A kindergarten teacher, for heaven's sakes.

Add to that, the challenges and social isolation Alex already faced from having been born with Asperger's. This teacher had even sat in on IPP (Individual Program Plan) meetings for this kid. What in the world was wrong with the woman? If his behaviour was such a problem, the obligation was on the team (which includes school personnel and the parents) to create a behaviour plan. Such plans don't generally have a spot to be checked for "humiliation" as a strategy.

Shouldn't a child like Alex offer a teacher a true "teachable moment"? A chance to teach his classmates about differences and accepetance of those differences. I'm not saying that Alex's behaviour should be condoned. It needed to be dealt with. Properly. And appropriately. By a group of trained professionals and those who know Alex the best (his parents) sitting down, conducting a fucntional behavioural analysis and coming up with a plan.

Personally, I've never had much use for 'reality TV'. It seemed like a harmless enough diversion though for those that like it. Or so I thought ... do you think this teacher has watched one too many episodes of Survivor? Sorry, kid you're outta here ...

Did she honestly believe she was doing Alex some kind of a favour? That he would walk out of the room and experience an epiphany of sorts ... "These kids don't like me, hmm, I guess I better smarten up"? And as an aside, did she really think they could vote the kid out of the classroom? Out of the school? The neighbourhood? The country maybe? Or perhaps just the state would do?

Apparently, Alex hasn't been back to school since. And he starts screaming when his mother brings him with her to drop off his sibling at school. Surprised?

As a parent and advocate, I have often envied American parents because their laws surrounding the education of children with special needs are so much stronger than ours here in Nova Scotia. Because they actually have laws. With teeth. But I've also been repeatedly told by US parents that No, they don't have it that easy, that terrible things still happen. Well, obviously they do.

I wonder if our friend has violated any of those laws. Let's see, how about a human rights complaint? It can safely be presumed that the behaviour Alex exhibited which resulted in the teacher acting this way was caused by disability.

Surely this kind of behaviour by a teacher runs afoul of the Individuals with Disabilities Education Act? I wonder if No Child Left Behind has a subtitle along the lines of No Child Allowed in This Classroom if We Don't Like Them?

I wonder what, if anything, will come of this?

Posted by Michelle Morgan-Coole at 8:50 AM

i think my reaction can best be summed up by this video. I can only hope that you find some solace in it.

I found your blog after looking up articles on that little boy getting kicked out of class. That teacher has some nerve. I posted a blog about it yesterday and you are welcome to look at what I wrote.

P.S. What part of Canada are you from? Just curious...my dad and grandparents are Canadian too.

This upset me SO much today; I just don't understand what that teacher was thinking.

Oh wait, I'm assuming she was thinking. And we wonder about the future of our kids...when this is the kind of teacher they have, what else can be expected...

Florida Girl, I checked out your blog. Isn't it friggin' unreal? I actually tried to control myself in my post as opposed to what I could have wrote. I am in Nova Scotia, btw. Where is your family from?

Kris, I know. I have been simply unable to get this story out of my mind. Even though in some small ways it reminds me of a couple of similar, but not as bad, local stories, this one has to be the worst of the worse. And one thing that's really frightening to me is the comments that many people are making here. I have to wonder what's wrong with a lot of people.

First of all, I'm a Canadian. And usually proud of it! Love my kids (most days), love my work (always!), love to read, love to blog (too much!), love to travel (when I can). And I like to discuss politics, too. Because to me, really, politics is just life. The rest, you will just have to stay tuned to find out... 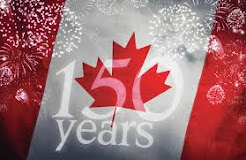 So What Am I Doing Here

I have another blog, you see. More of a professional blog. It's my baby. But, by definition, its ... professional. So here's a place where I can just kick back, relax, share a drink with friends. Oh yeah, and have the occasional rant as necessary, too.

Quote of the Month

"With everything that has happened to you, you can either feel sorry for yourself, or treat what has happened as a gift. Everything is either an opportunity to grow or an obstacle to keep you from growing. You get to choose."
~ Wayne Dyer

Care To Join Me? 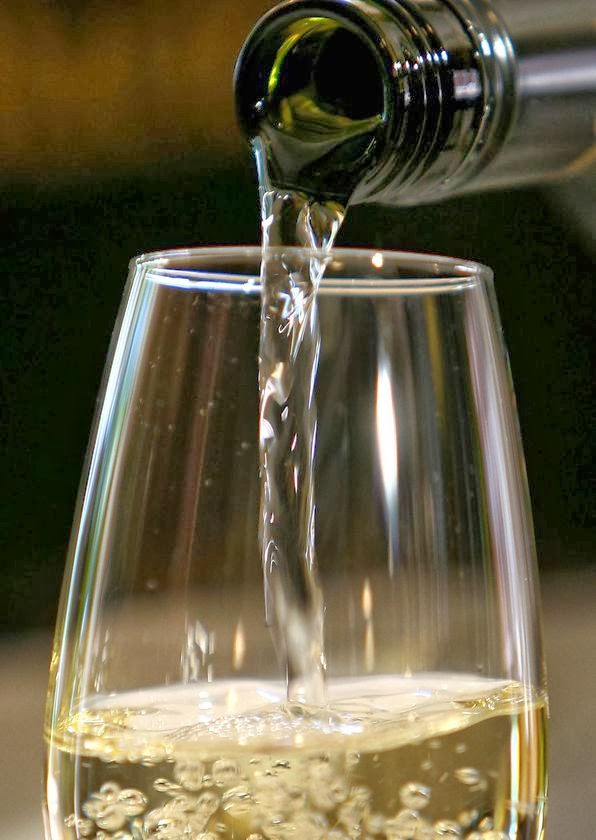 The State of Denial

But we never deny anyone citizenship or residency. People come and go as they please, with many denying they were ever even here.

The Daisy Garland ~ click on the pic for the link 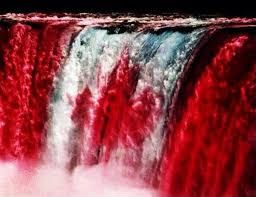 The Fine Print ... aka The Legal Mumble Jumble

The findings, interpretations and conclusions expressed herein is the opinion of the author. I am are not responsible for the information on any sites or materials I reference, or the accuracy or reliability of any information, data, opinions, advice or statements on these sites. I don’t endorse these sites, their opinions or any products they may offer.

This blog does not claim ownership of any comments submitted. Opinions expressed in comments to this blog are those of the commentor, not the blawg owner.

SOME DAYS On Afternoons, We Aren't Here At All.

But Lately We've BEEN HERE
Just About All The Time
Except When We're Someplace Else,

But We SHOULD BE HERE Then, Too.

In the first place, God made idiots. That was for practice. Then he made school boards.

STILL MISSING YOU ... ALWAYS AND FOREVER 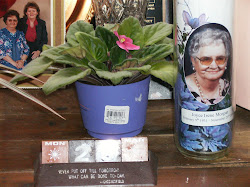 My Headlines ... Take A Peek 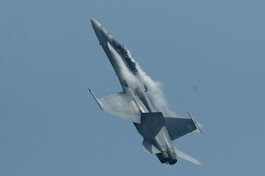 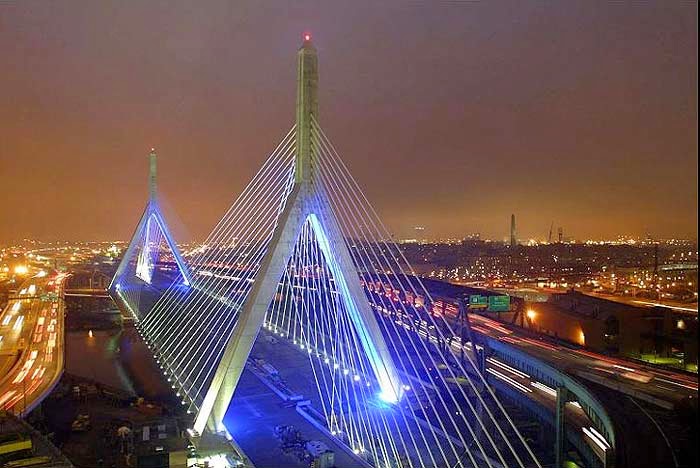 Where Else I Blog

NEVER FORGET TO CHECK YOUR SIX 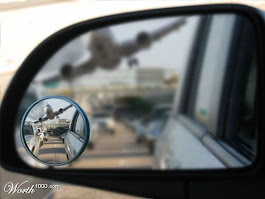 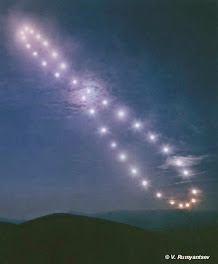